“Wouldn’t it be fun to write a song every morning with contributions and audience participation?”

I knew I would find an interactive breakfast show interesting as a songwriter and challenging as a producer, as well as appealing as if I were in the audience… such an enterprise would surely be compulsive viewing and listening, I decided, or it would fall totally flat. I had to try it out and see.

Rise and Shine became a small but real cult hit as a podcast-plus live experience. In 2007, the idea gestated and early 2008, with the active support and shared passion of fellow-writer Dan Brittain, the show was piloted as Rise and Shine using live streaming and a daily podcast. With the pressure-cooker situation of three hours of live airtime, there is much scope for play, improvisation, stretching one’s mind to write a meaningful lyric and making the attempt to harness wit, passion, performance. The show was fun, and the songs were great.

Communal songwriting brought with it responsibility, which gave me the idea to build in direct charitable giving to the process. As much as people gave to the songs, we give to good causes. This feel-good aspect is for me the perfect antidote to depressing morning news. It gets me out of bed and engaged in a meaningful way with the world.

Some people assumed the songs will all be comedy, and although they can certainly be tongue in cheek and sardonic, they certainly ain’t necessarily funny. Variety of songwriting is the key to keeping this song show alive. You can see this especially if you go back and listen to the stronger songs which have come out of the project – “The Other Side”, a poetic muse on mortality (video below), the extremely spooky “Three Feet off Gabriola” and Sexy Underwear, which deals with sexual exploitation of students by Parisian landlords. 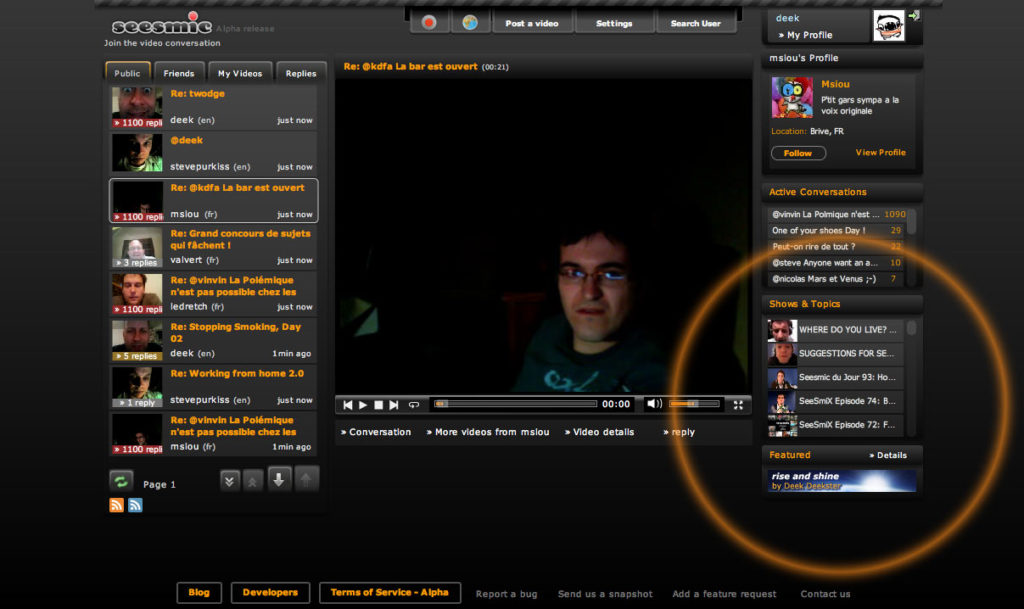 The show was featured at SxSW interactive via Seesmic whose international community enjoyed and contributed to the show. With another week’s Da Capo for Christmas 2008, with an expanded team of capable songwriters, we pretty much knocked the format into perfect shape.